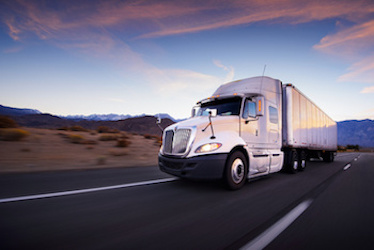 The continuing and expanding driver shortage that has challenged van lines to recruit enough drivers to handle existing volume – especially in the busy season between Memorial Day and Labor Day – continues to be a hot topic in the transportation industry. This trend is not only expected to continue over the next few years, but worsen, with an Indeed.com study stating that “The American Trucking Association estimates that by 2022, US demand for drivers will exceed supply by 239,000 positions, about 15% of projected demand.”

With the growing shortage of qualified drivers to service moves, van lines don’t have enough drivers to staff for the busy season, but they also don’t have sufficient move volume outside of the busy season to justify hiring more full time drivers. To keep up with demand, they have been forced to increase the work load of their current drivers, which has resulted in a significant increase in the number of claims that we receive in the busy season. This begs the question, is the increase simply due to the fact that more moves are occurring during the busy season, or has there been an increase in the frequency of claims occurring due to other factors?

Based on our claim volume of approximately 15,000 claims per year, a five year UNIRISC study indicates a resounding “yes” to an increase in the frequency of claims. During that time span, claim frequency was more than 30% higher for shipments moving in June, July and August as opposed to January, February and March, with July being the highest at 30.8% of moves resulting in a claim being submitted. In digging a bit deeper, we also discovered that the frequency was higher for claims with missing items, with claims incidences including missing items occurring over 50% more frequently than moves that occurred in the first quarter of the year.

From our driver study, it appears the driver shortage and the need for van lines to hire fewer qualified seasonal workers in order to keep up with demand is causing an increase in the damage of household goods being shipped and the number of missing items. As stated above, the driver shortage is expected to only get worse, and as a result, more inexperienced drivers will need to be hired in order to keep up with demand, which may lead so an even more significant increase in claim frequency.

So in light of all of this information, what can you do to protect your transferees’ household goods in the event of damage during a move? Check out our 4 Tips for Protecting Your Transferees’ Household Goods During a Move article for more information.

Posted in Domestic Moving Insurance
← 5 Steps for Successfully Managing an Inspection and Restoration Network.4 Tips for Protecting Your Transferees’ Household Goods During a Move →